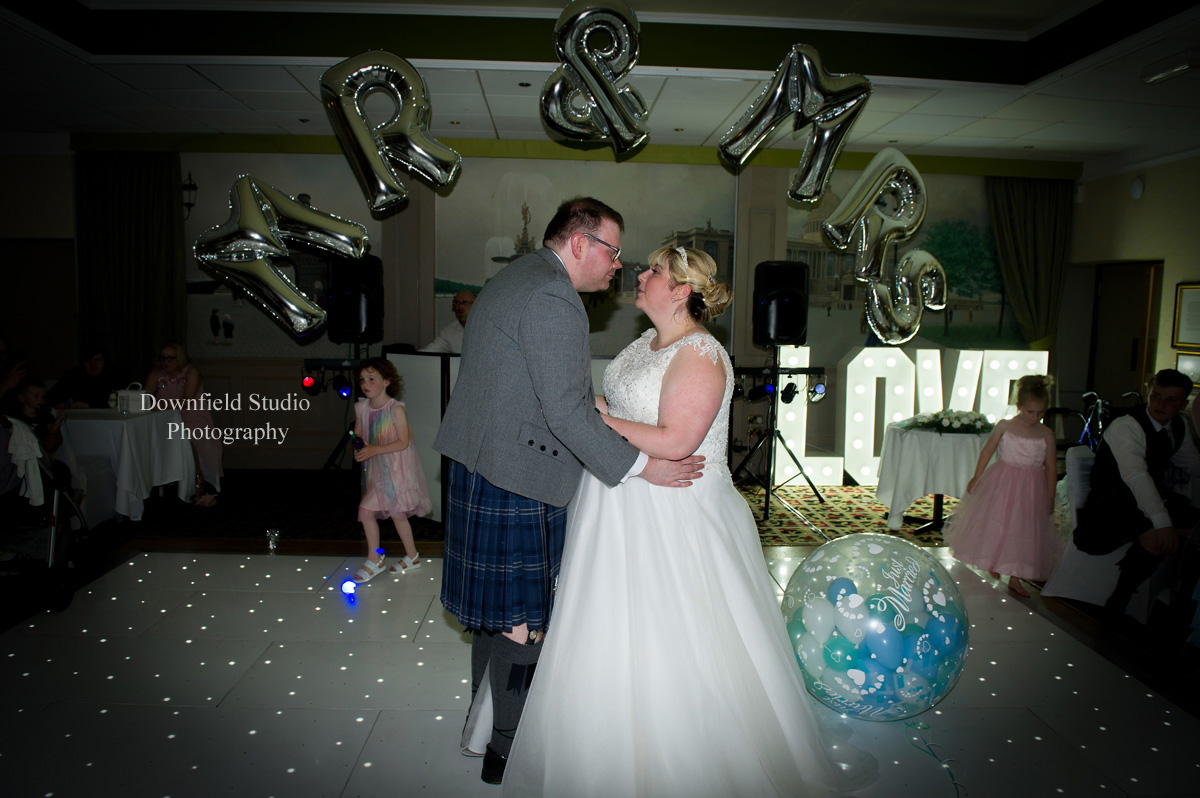 We have known Amy for a while now and we we’re so pleased she chose us to be their wedding photographers and be part of their day. Amy and Andrew were married at the The Queens Hotel, Dundee as this was nice and central and the packages were great.. But they had also booked the Botanic Garden, University of Dundee for their photos which was a fab idea. We even managed to squeeze in a shot with one of the Oor Wullie from the Oor Wullie’s BIG Bucket Trail. The lovely centre pieces on the tables were by Forget Me Not.They both met online which isnt unusual nowadays and we have photographed a lot of our couples who have done just that too. They met under the Christmas tree in the city square in Dundee 3 years ago and go to the tree same time every year but Andrew did propose at the Redhouse Hotel on his 30th birthday. They both said that on their first date they didn’t want to say goodbye at the end of the night as they both were enjoying one anothers company so much young love!!!Amy’s dad gave her away on their wedding day and as a surprise they walked down the aisle with a runner down the middle with the words. Of all the walks we have taken together we will remember this one forever.Andrews brother Stuart was his bestman who had lots of ammunition for the speeches and the maid of honor was Debbie who is just like a sister to Amy. The stunning wedding dress was by Alison Kirk. 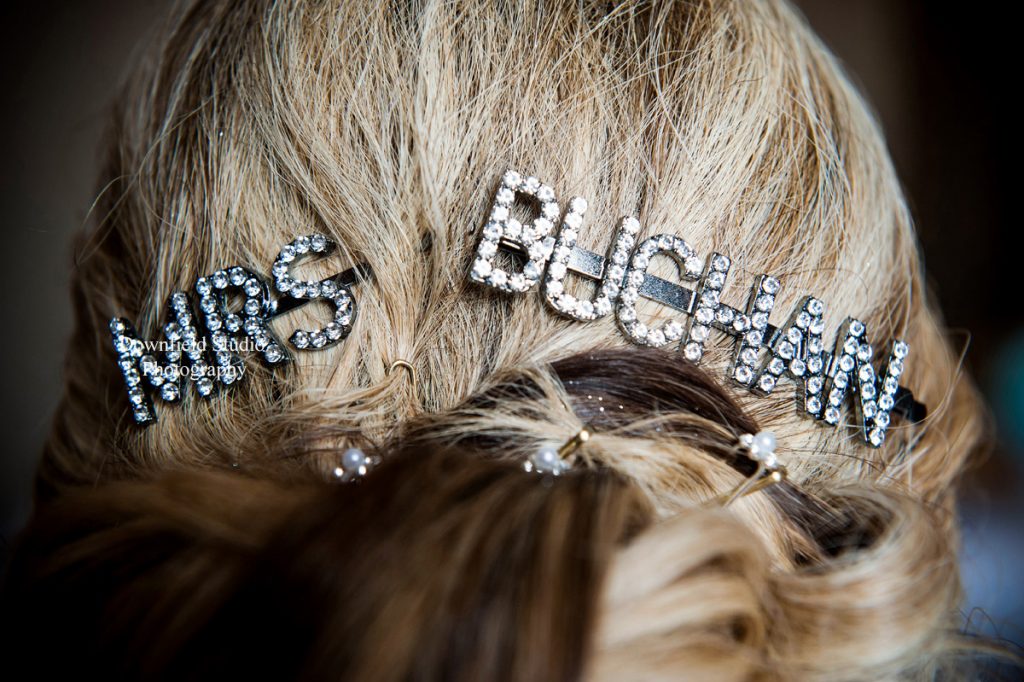 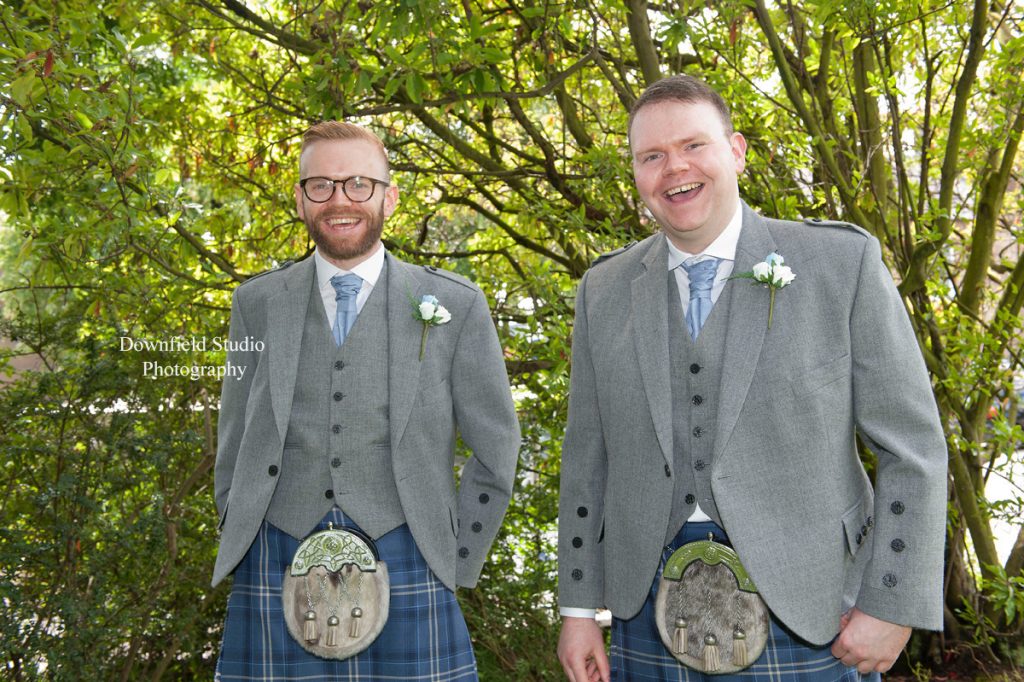 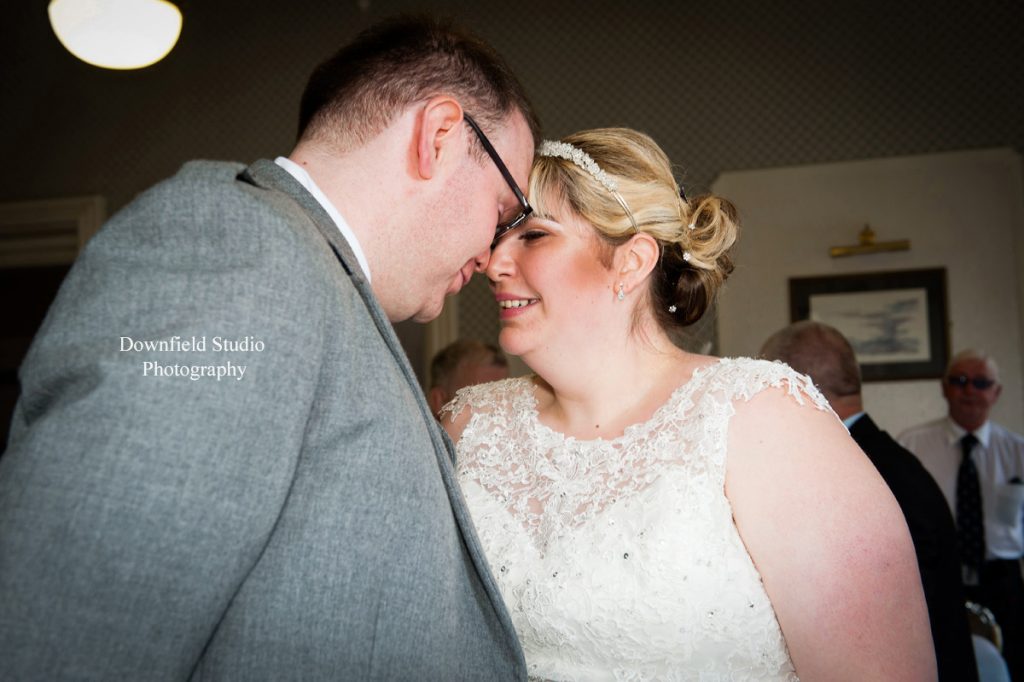 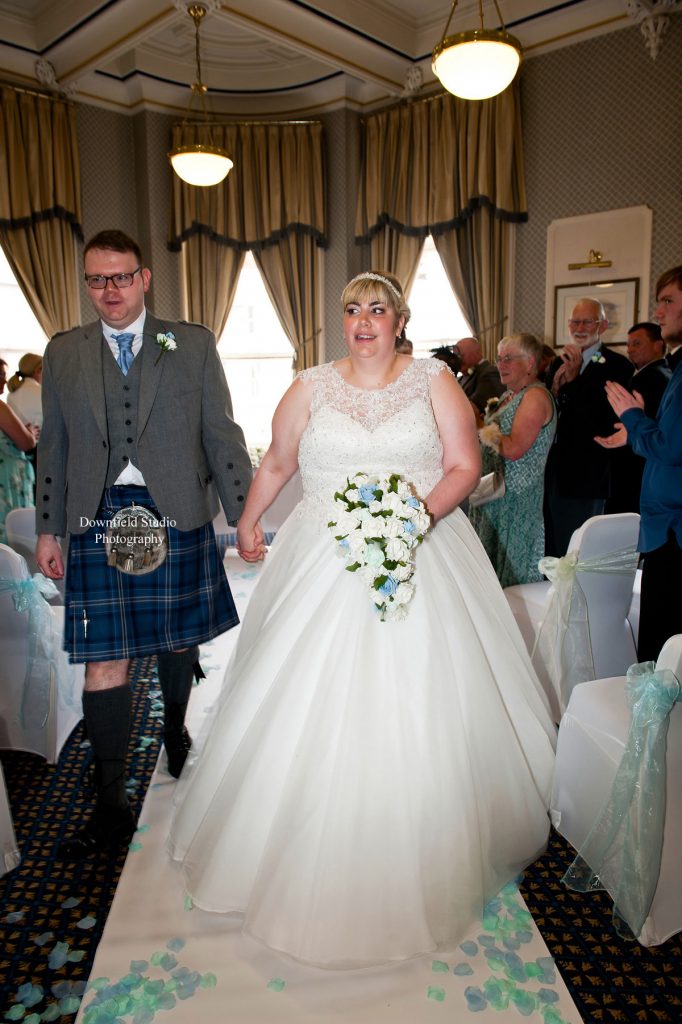 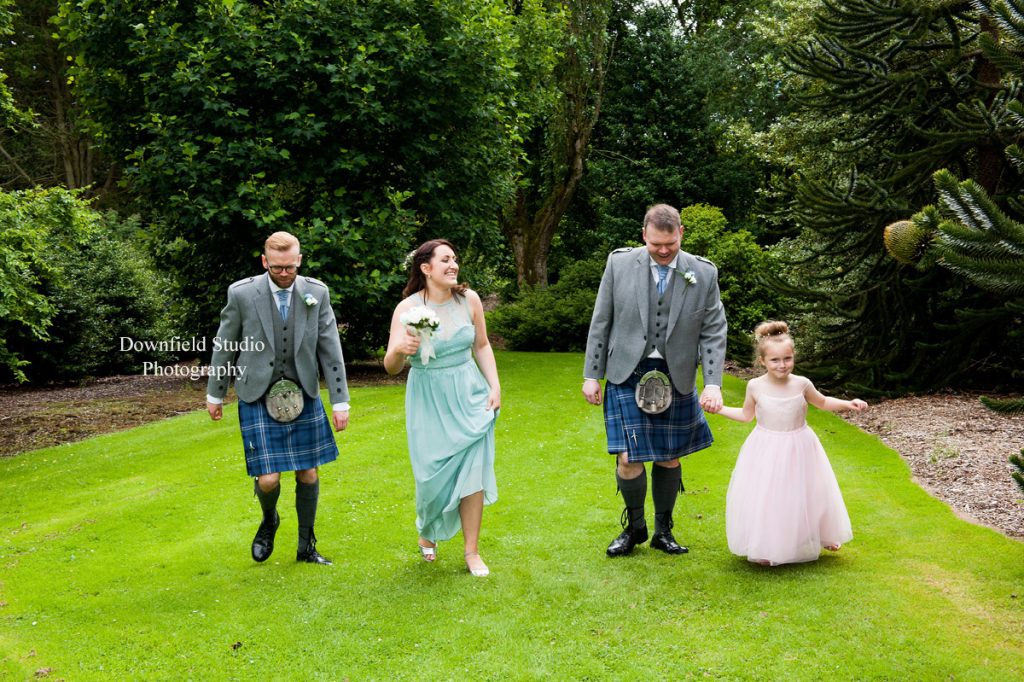 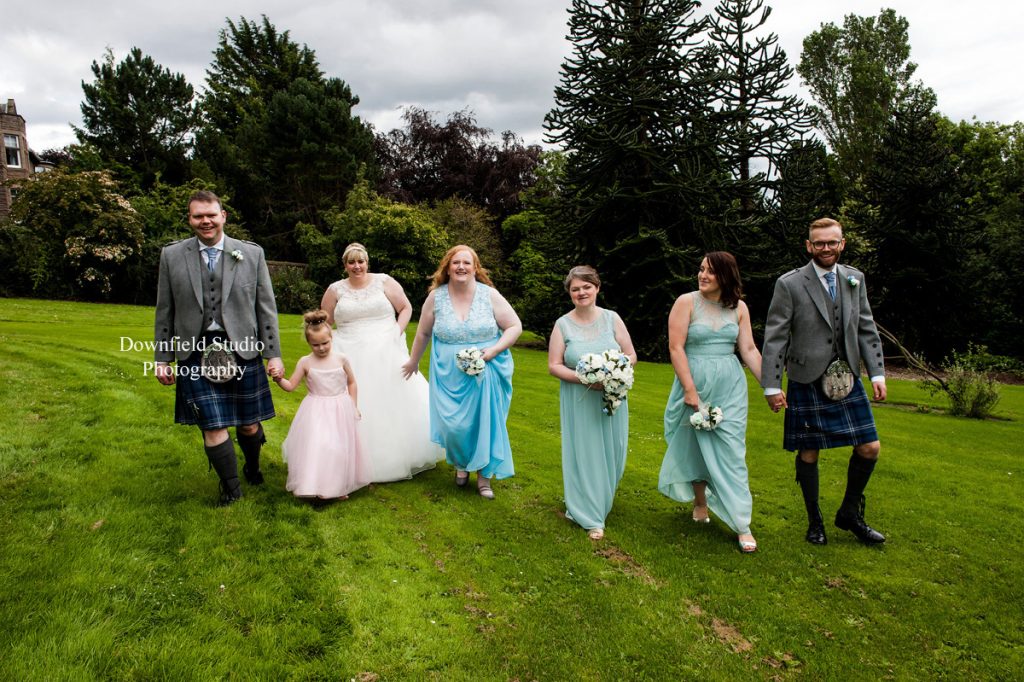 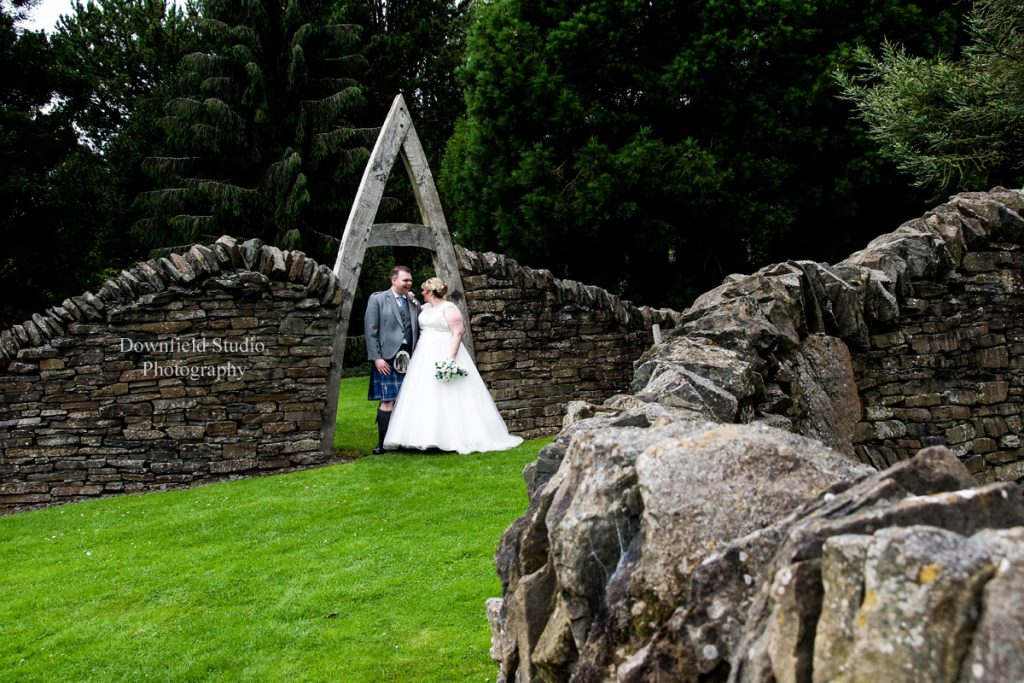 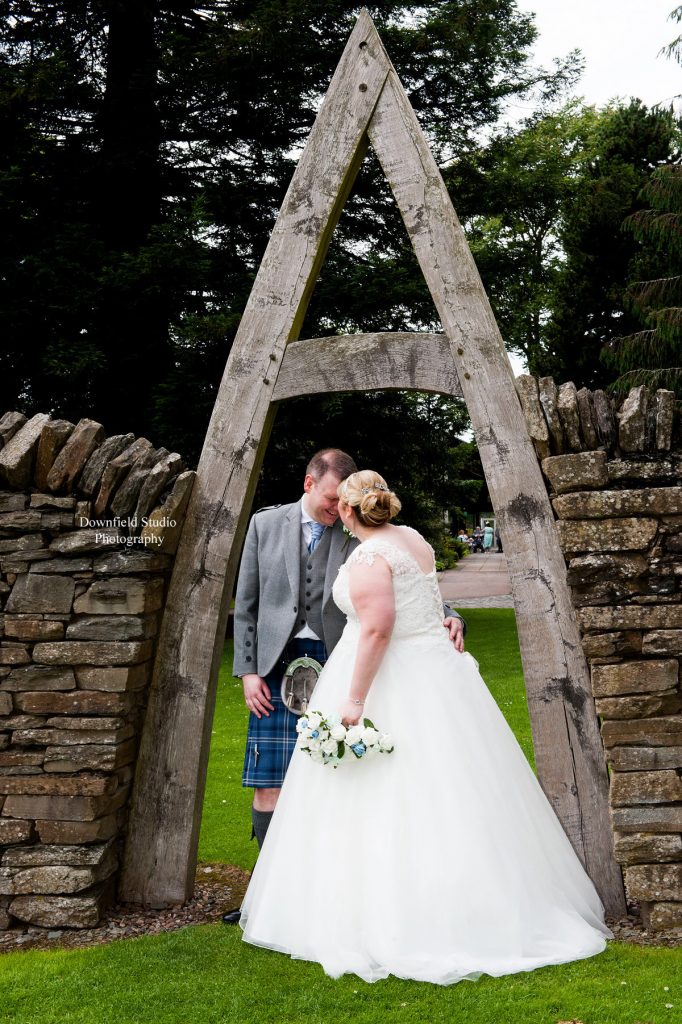 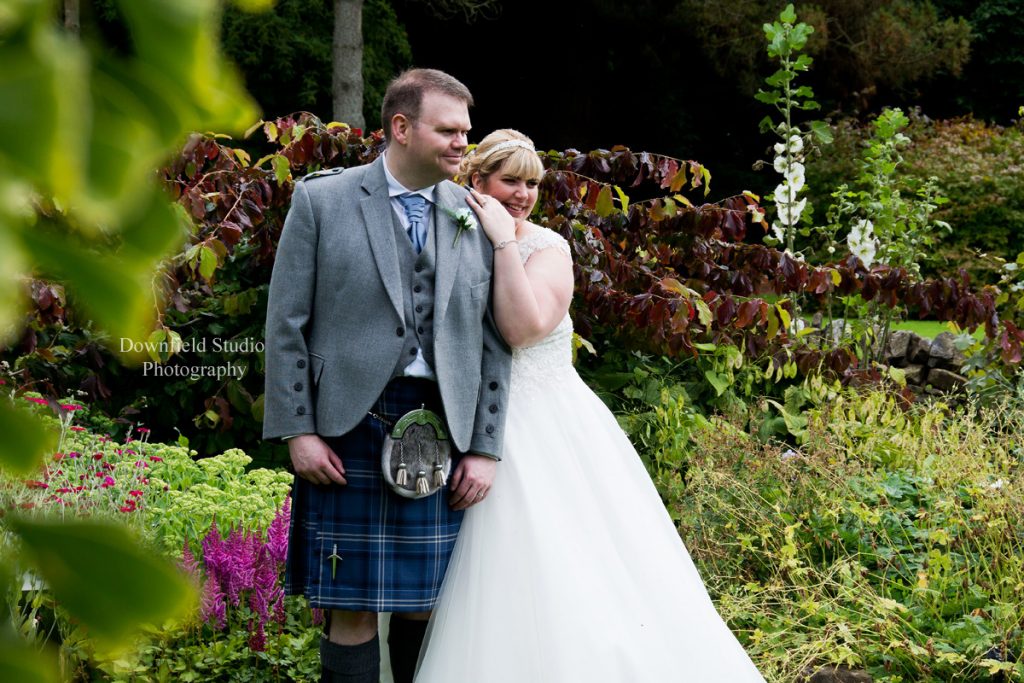 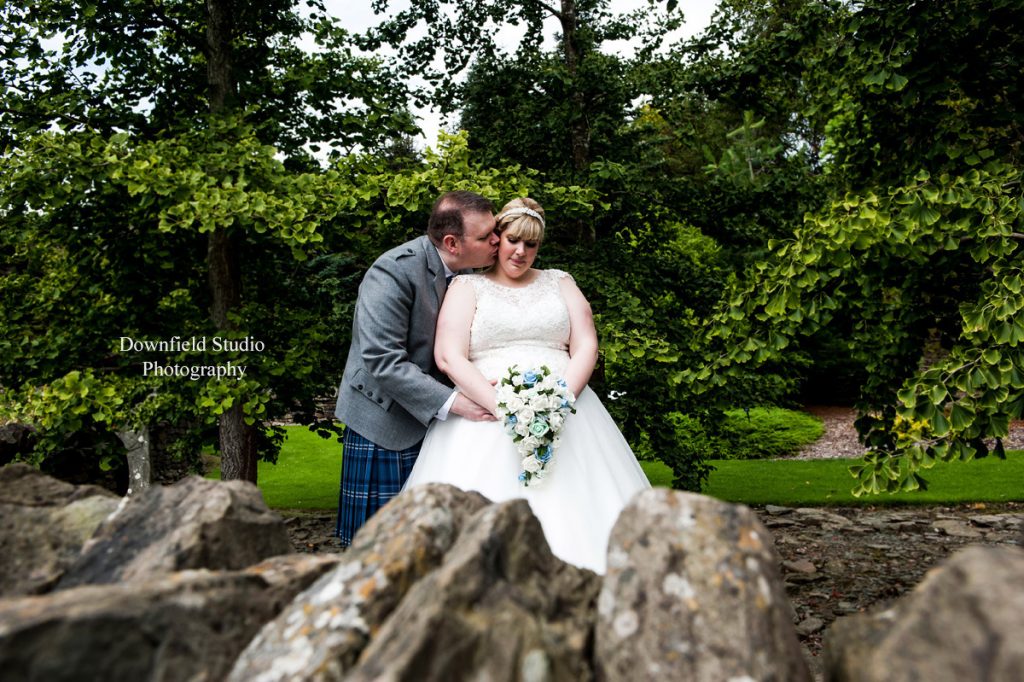 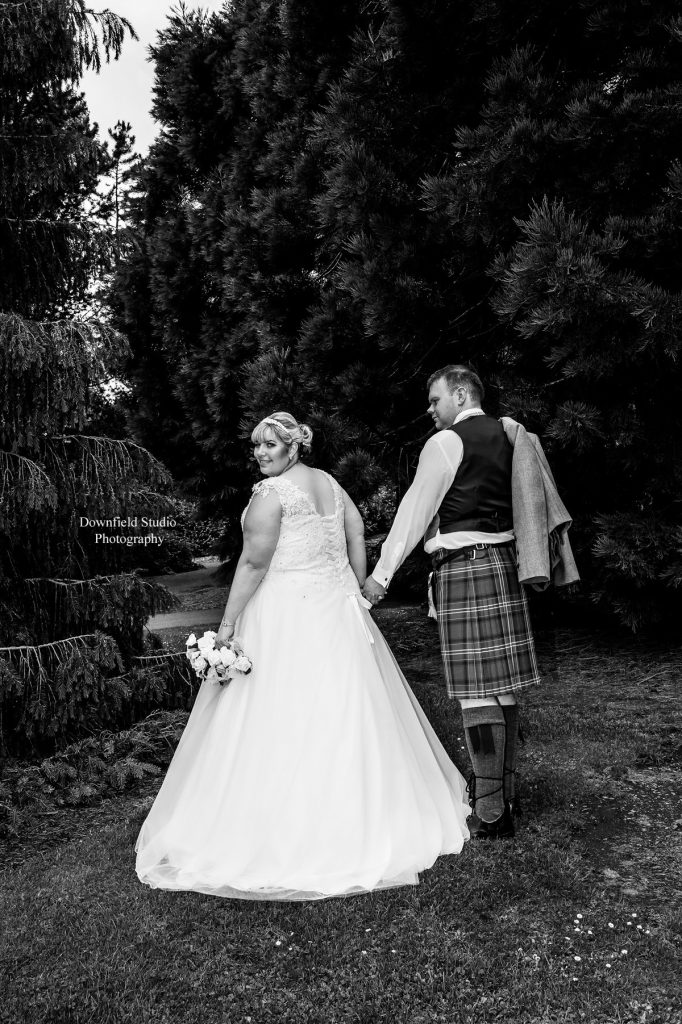 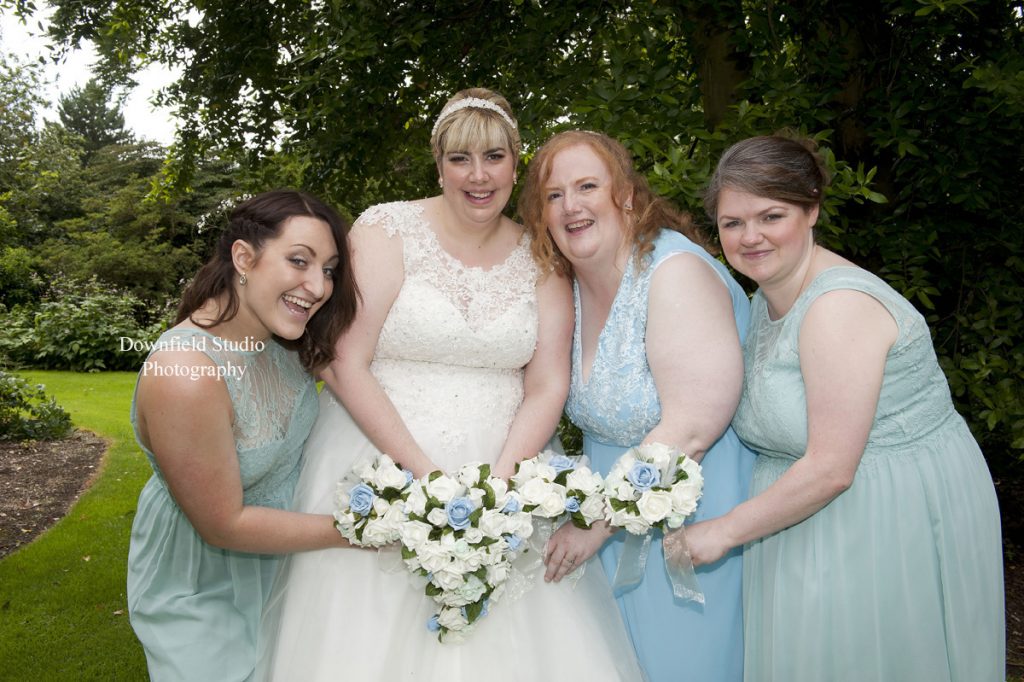 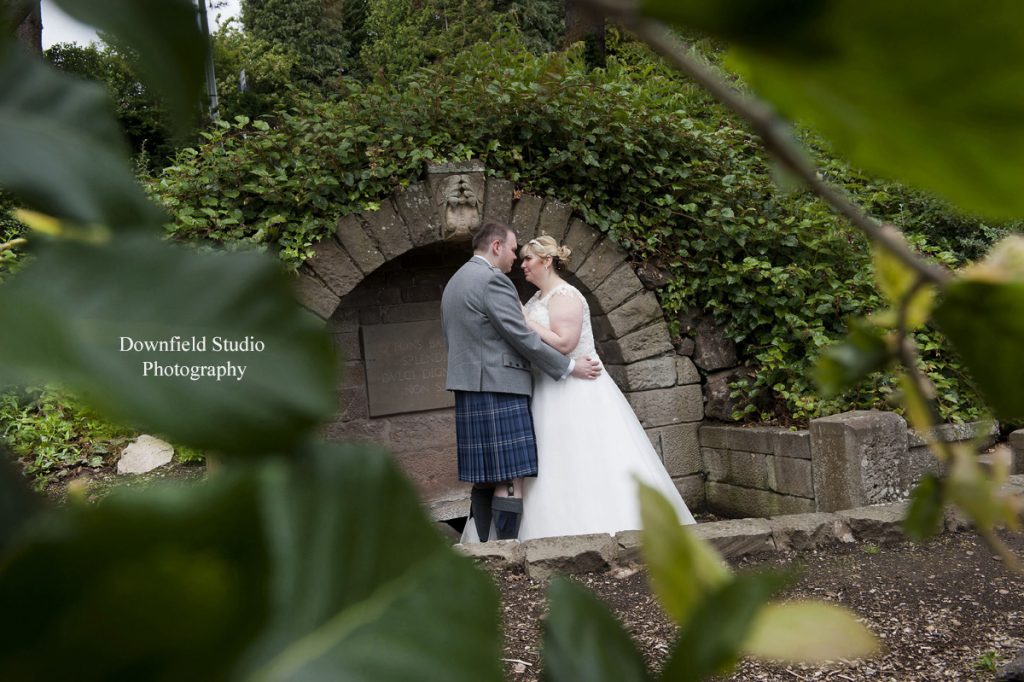 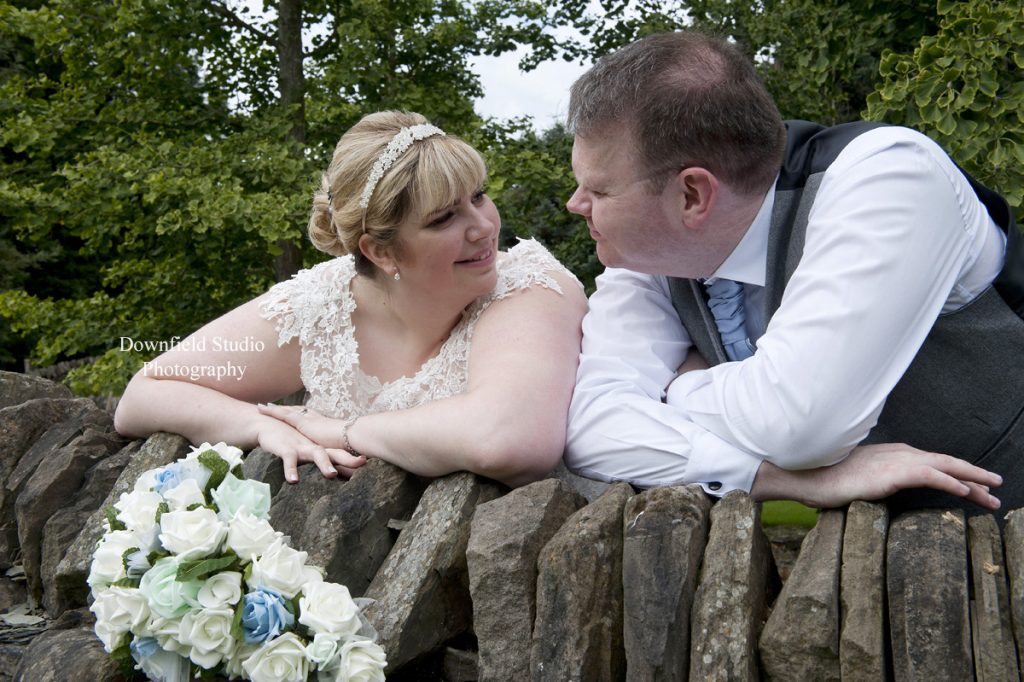 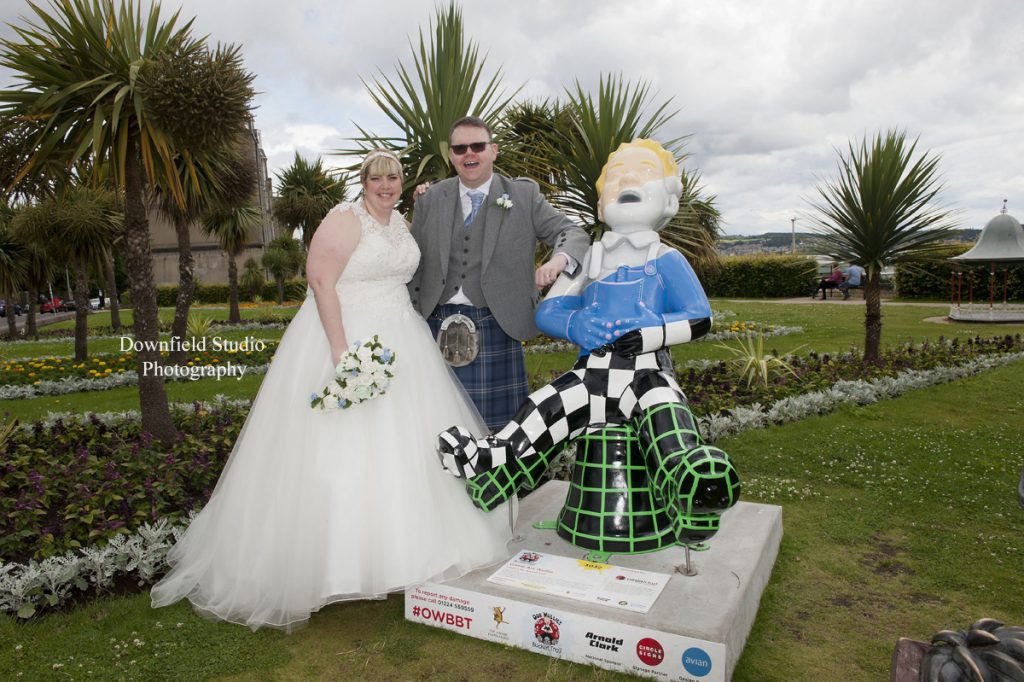 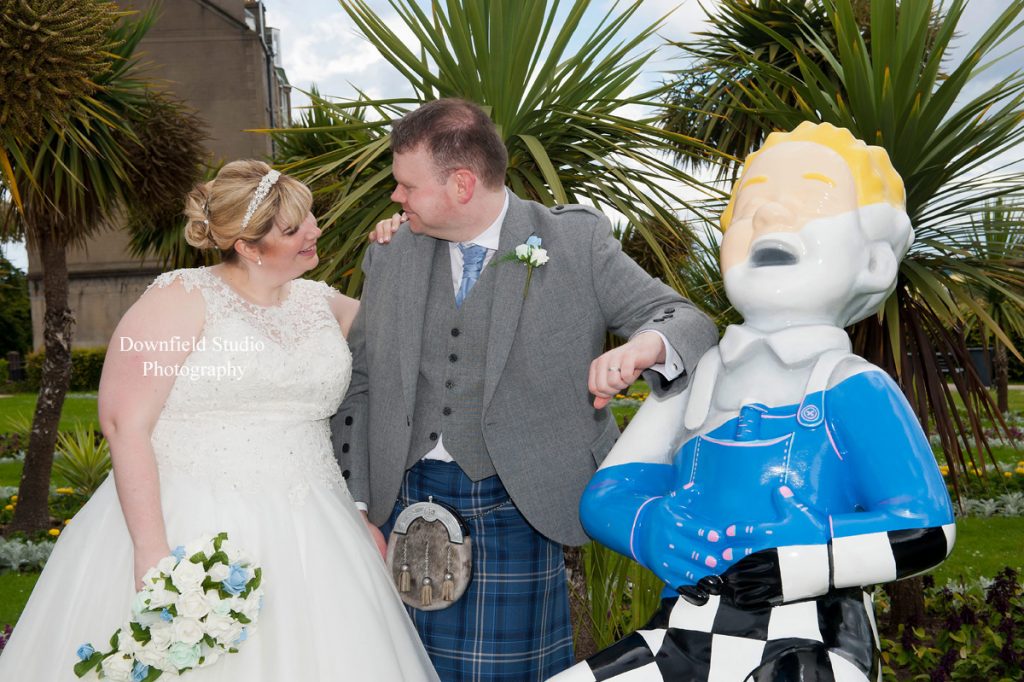 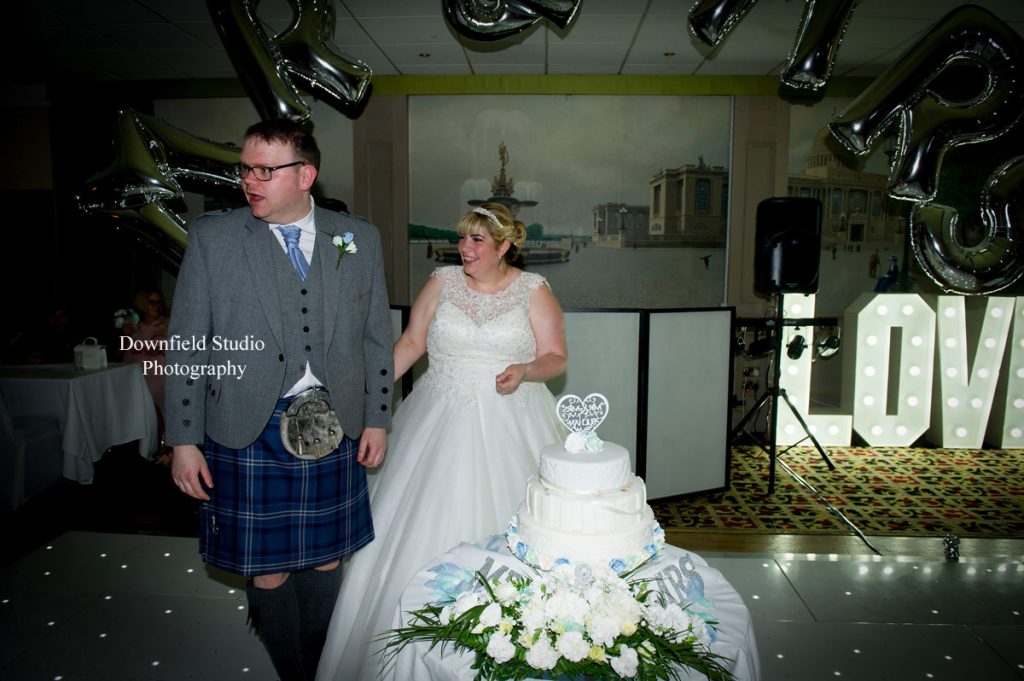 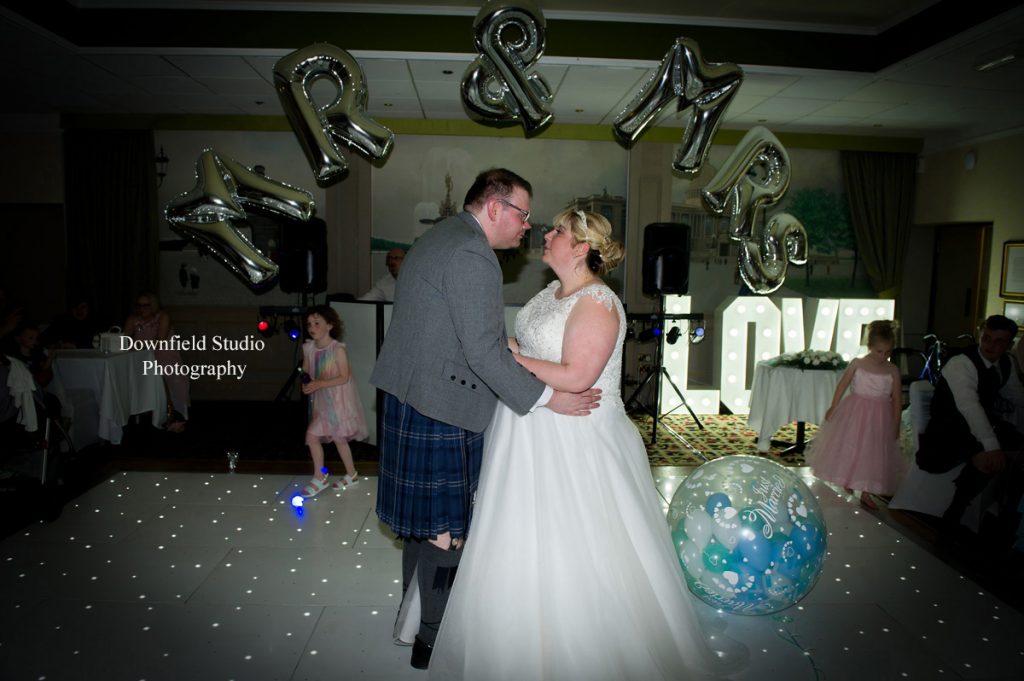